The Baths of Diocletian

The largest of The Imperial Public Baths, the so-named ''Baths of Emperor Diocletian'' were actually begun under the Reign of Emperor Maximum in the 2nd Century AD. Constantly renovated, they would exist until the 5th Century AD. With most of the more lavish renovations preformed under Emperor Diocletian, The Baths were more associated with Him and his Reign. The Baths would continue to be associated wuth this Emperor, even under Constantine.

Located in Rome, The Baths consisted of (4) Major Baths with a pre-wash Pool to the interior of the Front Entrance. They could accommodate up to 3,000 people at the height of their use. Constructed of Brick with Marble, The Baths took up a grand total of 32-acres. While The Baths were ''heated'' by virtue of underground stone piping (which was heated by fire generated, water cooled steam injection, an adjoing Room known as a Frigidarium was included. This was a cooled location, designed to ''close the pores'' (seen as important during the warm bathing and later steam(Cadarium) process, enjoyed by Romans of all Classes.

In addition to Bathing, it is though (based on ancient floor plans and contemporary writings), that an attached Library also existed. Here, Philosophy and History could be read, as well as the ''Art of Debate'' for the Learned. While the vast majority of The Diocletian Baths were destroyed during The Sack of Rome in The 5th Century, The Ostrogoths used a smaller portion of the surviving Baths. In time, the Baths were discontinued and used as storage for food stuffs (15th Century). The land was turned over to The Church which built The Basilica of Santa Maria degli Ageli del Martini, on it's site. Only a small portion of The Bath ruins are still in existence. 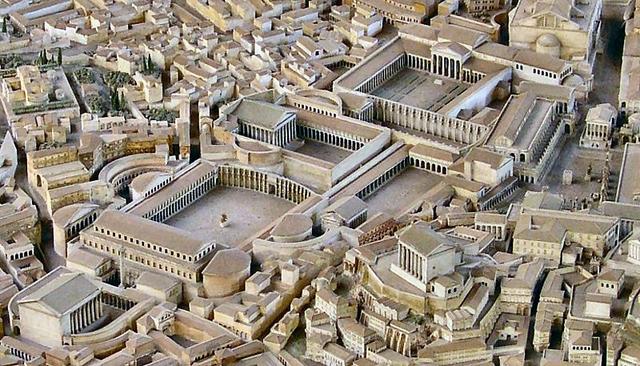