The Banner of King Arthur

As we have seen with Heraldry and the term “Attributed Arms”, much of The Flag of Arthur is likewise - “attributed”. Much of their design was based on the later writings of Medieval Writers in the 14th Century. Conversely, it's design is related to “fact”. These are both a modification of The “Wessex Flag” and “Welsh Dragon”. Versions seen in Medieval Art show Arthur's Flag as a Field of Red with a Gold Dragon featured prominently. This was in reference to his Linage as Son of Uther Pendragon or “The Dragon”. Variations of his Personal Standard were also adopted as The Flag of his Kingdom - “Camelot”. Other versions of Arthur's “Colors” show Trumpet Banners and Heraldry Standards as being Gold with (3) Golden Crowns. The design was similar to the later “Three Dragons of Wessex” which would form the basis of The Standard of England for Centuries. Much the same is said of The “Wessex” Flag, which was too very similar in design to Arthur's attributed Flags. 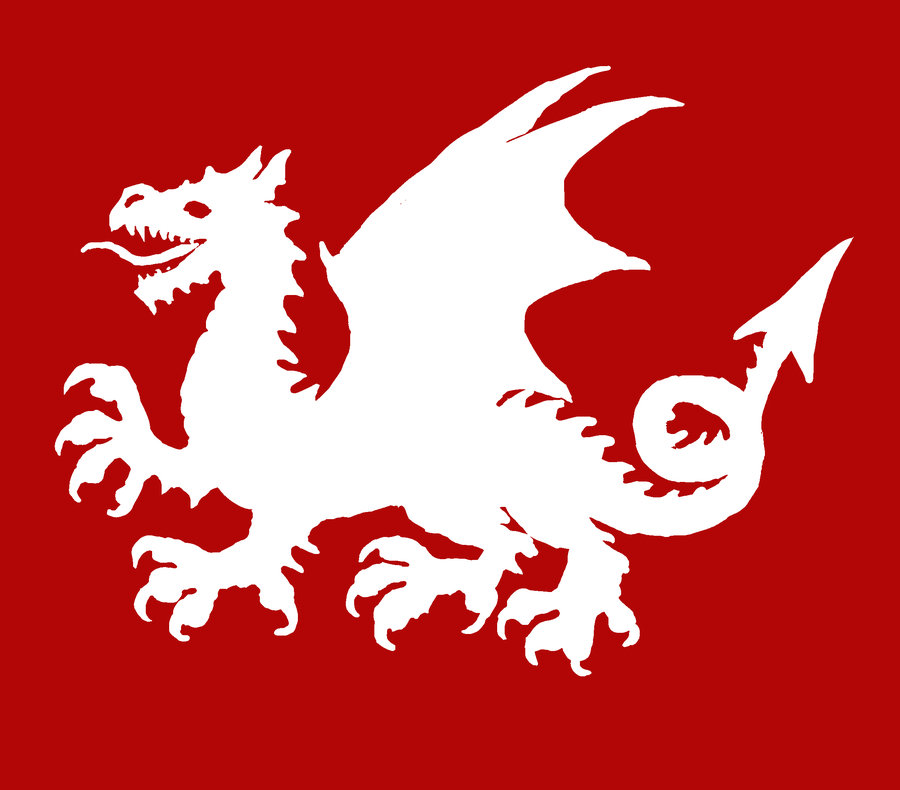