Hereward was a Resistance fighter against The Normans during their conquest of England. Born in 1035, possibly in Lincolnshire - he was exiled by his father (Pro-Norman). He supposedly became a mercenary, traveling all over Europe and The Norse Lands. Hereward returned after his father's death to claim his lands. Unfortunately, The Normans had taken them. Hereward raised a small force and armed with his "battle axe", began a campaign against The Normans. His Axe was said to be able to cleave a shield in two with one stroke. It was said he even fought William The Conqueror in single combat. Some parts of the legend have Hereward captured and imprisoned (eventually to be released). Another has him falling in battle (only after killing hundreds of Normans). The "real" Hereward was said to have died in 1072. 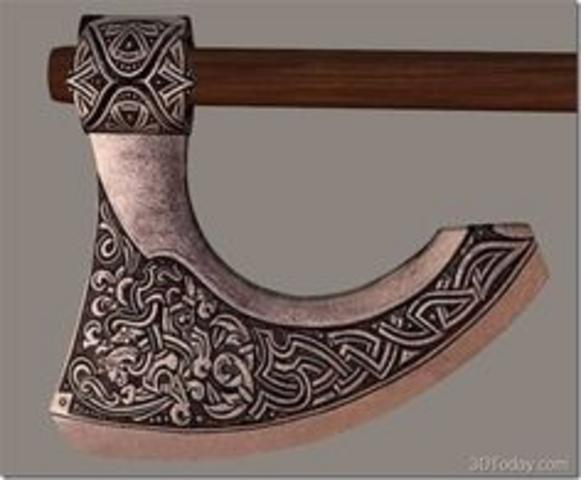