''The Authentic Life of Billy The Kid''

An American Western ''Penny Dreadful'' (or ''Dime Novel''), ''The Authentic Life of Billy The Kid'' (aka William Bonney) was written by the Man who killed him, Sheriff Pat Garrett in 1882. Much of ''The Kid's'' legend (and myth) was generated by Garrett's novel. Billy was an ''Outlaw Hero'' to many American's as as such, saw Garrett as a ''murderer''. His Book did not sell well during Garrett's lifetime. It would not be until the 1950s, when ''The Life'' would take off and serve as fodder for more than one American Western Movie and related Books about ''The Kid''.

While some Historians cite it's accuracy, many still argue that it was heavily dramatized by Garrett. This may have been on purpose, as most books of this nature (of The Era), did just that – as a means to solicit sales. In cases where there were illustrations, these too were often fanciful. Many too, cite that Garret did not in fact – write the book, that a Ghostwriter (Ash Upson) was employed. The book was last re-published in 1994. Despite the fact that the book may not be altogether accurate – it still serves a a ''window'' into American Western Life of the late 1880s. 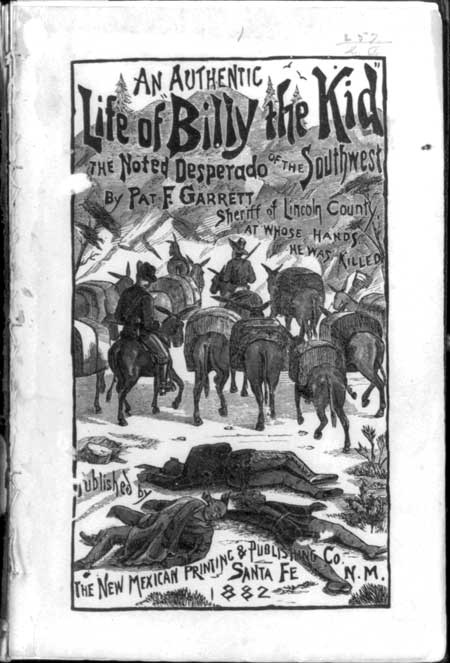