During an Expedition with The Army into Mexico, ''The Kid'' got drunk and started a riot. Mexican Authorities wanted to hang him. His Commander sent him back North into The US. While being in charge of The Scouts (when His Officers were off on a Patrol), ''The Kid'' sponsored a Party with The Scouts. A drunken brawl broke out between The Scouts (some of whom were from different Apache Bands). Soon angry words led to gunshots. Several Scouts were dead, shot by ''The Kid''.

''The Kid'' and some of His Scouts deserted. The US Army sent the entire US 4th Cavalry to capture (or kill) ''The Kid''. Surrounded, ''The Kid'' surrendered. Sentenced to death, this was commuted to ''Life in Prison''. This too, was further reduced to a 10-year sentence. This was served at the infamous Fort Alcatraz, in California.

''The Kid'' was released, but many in The Army High Command were furious with His release and issued a new Warrant for his Arrest. Again He was taken captive and again he served time (7 years). Except this time, He was sent to Yuma Territorial Prison in Arizona. ''The Kid'' overpowered His Guards and set about to criminal activity.

''The Kid'' was charged with a vast array of crimes throughout The Territory (some which he may have perpetrated, others – probably not). ''The Kid'' is also credited with the deaths of several Lawmen and their Deputies. After years of Bounty Hunters, The Law and ''Wanted'' Posters, sightings of ''The Kid'' diminished. Many cited that ''The Kid'' had ''gotten away with it'' – and disappeared into History.

Still others state that an incident in Mexico may have been related to the death of ''The Kid'' . In 1890, a Band of Apaches fought with Mexican Federal Soldiers. This resulted in the death of many of The Apache. One in particular was carrying an inscribed US Cavalry Revolver to ''The Kid'' (a promotion gift when He was made Sergeant). This was something that ''The Kid'' would never have sold or traded.

Other cite that ''The Kid'' was killed (somehow) and His weapon taken (or stolen from his body). However, many Historians debate The ''Mexican Adventure'', stating that ''The Kid'' raided well into the early 1920s, as far West as San Mateo, California. In fact, in 1894 – a Posse claimed to have ''cornered and killed'' Him. They left His body to the elements, a fact supported by many Local Townspeople who claimed to have gruesome trophies of blood stained clothes and bones, for years. 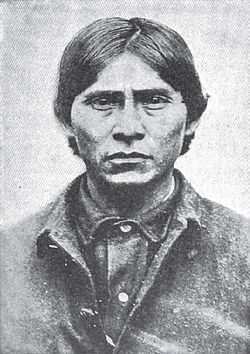