Between the 3rd and 15th Century AD, a schism arose within The Catholic Church which led to two opposing Church Clergy and the lawful installation of a Head of The Church – or Papal “Father”, known as The Pope. Based largely on both political and family alliances (such as The de Medici), the rise of a illegitimate power base known as The Anti-Popes arose.

Prior to the 15th Century, most Papal installations were based solely on the process of Acclamation. In this, Cardinals (the highest ranking of Clergy within The Church), would vocally put forth (in open Conclave – or Meeting), their chose to Head The Church. In many cases, many of these Cardinals were powerful and “earthly based” Men, or “King Makers”. They needed a Church Head that would be considerate of their own political alliances and of course, their financial resources. Many of these Cardinals were able to sway others into sponsoring their “choice”.

However, not all Cardinals would go along. Such schisms would lead to a split in Church Government, with a portion of Cardinals leaving for France (Avignon) and establishing their own “Vatican” with their “elected” Papal Head. They were protected by a powerful  Ally in The Monarchy of France. In return for his protection from an invading Vatican or Papal States Military Force, the Anti-Pope Cardinals gave all manner of political and spiritual “indulgences”.

In Rome, the “Legal” Papal Authority declared the schism and all those involved – in “excommunication”. The average Laity (or Commoners), were equally confused with regards to “who” to follow or even “obey” Papal Bulls (or legal Church requirements). 41 Anti-Popes were “elected” over a 300 year Period, with an equally “illegal” number of Cardinals elevated to that high position. Many of these were political postings that were favorable to the Anti-Pope in Office.

Many Historians cite The Anti-Pope Schism as a major contributing factor of The Protestant Reformation. The end of The Anti-Popes (and eventual re-merging of The Church), came about only after the installation of both the written “Secret Ballot” Conclave and a moderate Papal Head (Martin V) in 1417. 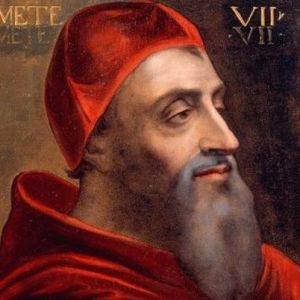