Dedicated to The God Saturn, The Temple of Saturn's date of construction has been obscured by time and War. Most Historians set the date in the late 4th Century BC. The Temple is located on the Western portion of what was The Forum Romanum (Forum).

The Temple stood at the end years of what was once The Roman Kingdom Period, and continued to be a focal point of Roman religion and later Government Administration. It was destroyed by fire (a common City of Rome issue), several times – and rebuilt as many times.

The Temple of Saturn, according to several Contemporary sources, once held a massive Statue of Saturn. Seen as important to Agriculture, the statute's legs were covered in wool taken from the initial Harvest (as an offering for a good yield). Towards the end of the season, this was removed. The Statute was made of wood (but may have been covered in some form of fresco or related medium).

In The 4th Century AD, The Temple served Rome as the primary Treasury – with Rome's hoard of Gold and Silver stored inside. In time, The Temple would collapse (possibly due to improper retrofitting by the many fires it suffered). Most of the rubble was repurposed, leaving only the facade standing.

Seen as a major focal point to Visitors of Rome, The Temple has been reinforced over the years to further preserve the facade from falling. 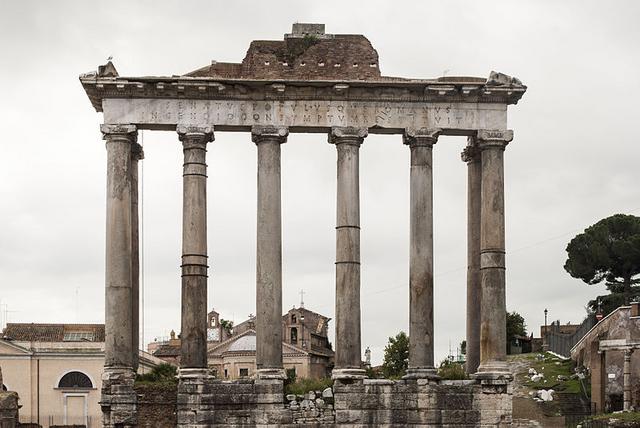