While very little remains of The Roman Temple of Janus (located in The Forum of The City of Rome), The Temple was dedicated to The God Janus (symbol of Beginnings). The Temple may have existed since the 2nd Century BC and served a much different purpose than most such Temples. Janus' Temple was only opened during wartime, during which rituals and prayers were offered for victory. During times of peace, The Temple was locked.

Various contemporary accounts give The Temple a height of 40-feet, with front Columns (6) roughly 35-feet tall and side supportive columns (10 total), the same. Made of Marble (painted Red in places), was topped by a small statue of The God on the top of The entrance way. A larger version may have sat on the interior. Although unclear as to when Rome stopped using The Temple (roughly 7th Century BC), evidence exists that shows The Temple still in existence in the 5th Century AD (although it may have been in an advanced state of ruin by then). 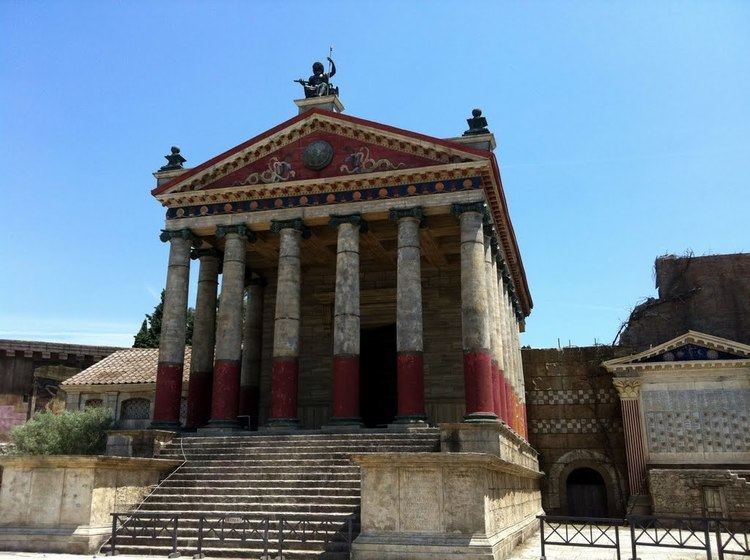