Temple of Antoninus and Faustina

Originally built by Emperor Antoninus to honor His deceased Wife Faustina in 141 AD – The Temple was dedicated as The Temple of Faustina. Later upon The Emperor's death, it would be re-consecrated as The Temple of Antoninus and Faustina (161 AD). It is located in The Roman Forum in The City of Rome. The structure was constructed from volcanic rock known as Peperino, but it's (8) Facade columns are Marble (at 55-feet each). Around the 7th Century AD, The Temple was used as a Church, with renovations made to the facade. It remained as such until the 16th Century AD, when portions of it's adjoining Chapels and other components were demolished. It's current appearance dates from that Era. 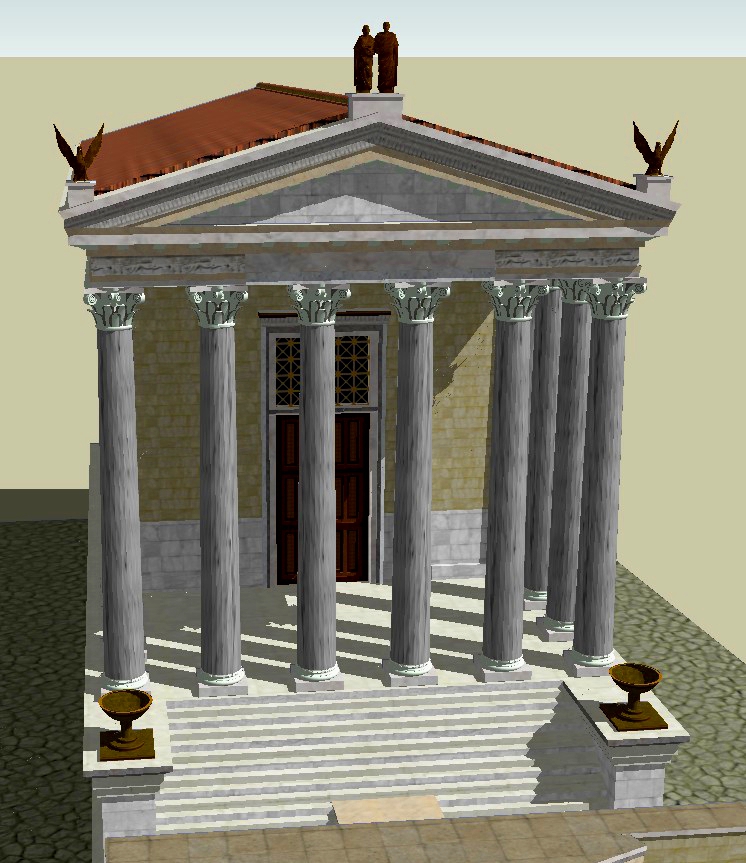