Designed by British Officer Sir Banastre Tarleton, he was a rather ruthless Dragoon Commander of a late Revolutionary War years (1780s). His Unit raised and commanded by him, were known as  – “Tarelton’s Raiders”. They were noted for the unorthodox “tactics” which The American  Patriot Army readily adopted. With the remainder of The British Army still using “Rank and File” Formations, Tarelton was far more ruthless in his tactics. As a Dragoon, his Unit were in essence Mounted Infantry. They mastered the Saber, Pistol, Knife and above all, the speed in which they moved (courtesy of their Mounts). Wearing Dark Green rather than Scarlet, they used the color to blend into their wooded locations (from which they often set ambushes). Tarelton’s Helmet was similar to a Peaked Cavalry Helmet of The Era. His was much more reinforced with straps of heavy leather. This provided a form of protection against a moderate sword slash to the top of the head. Flourished with dark Feathering, The “Tarelton Helmet” would become s type of calling card for his Troops. It was also perhaps the basis for the later Caterpiller and Comb Helmets of the 19th Century. 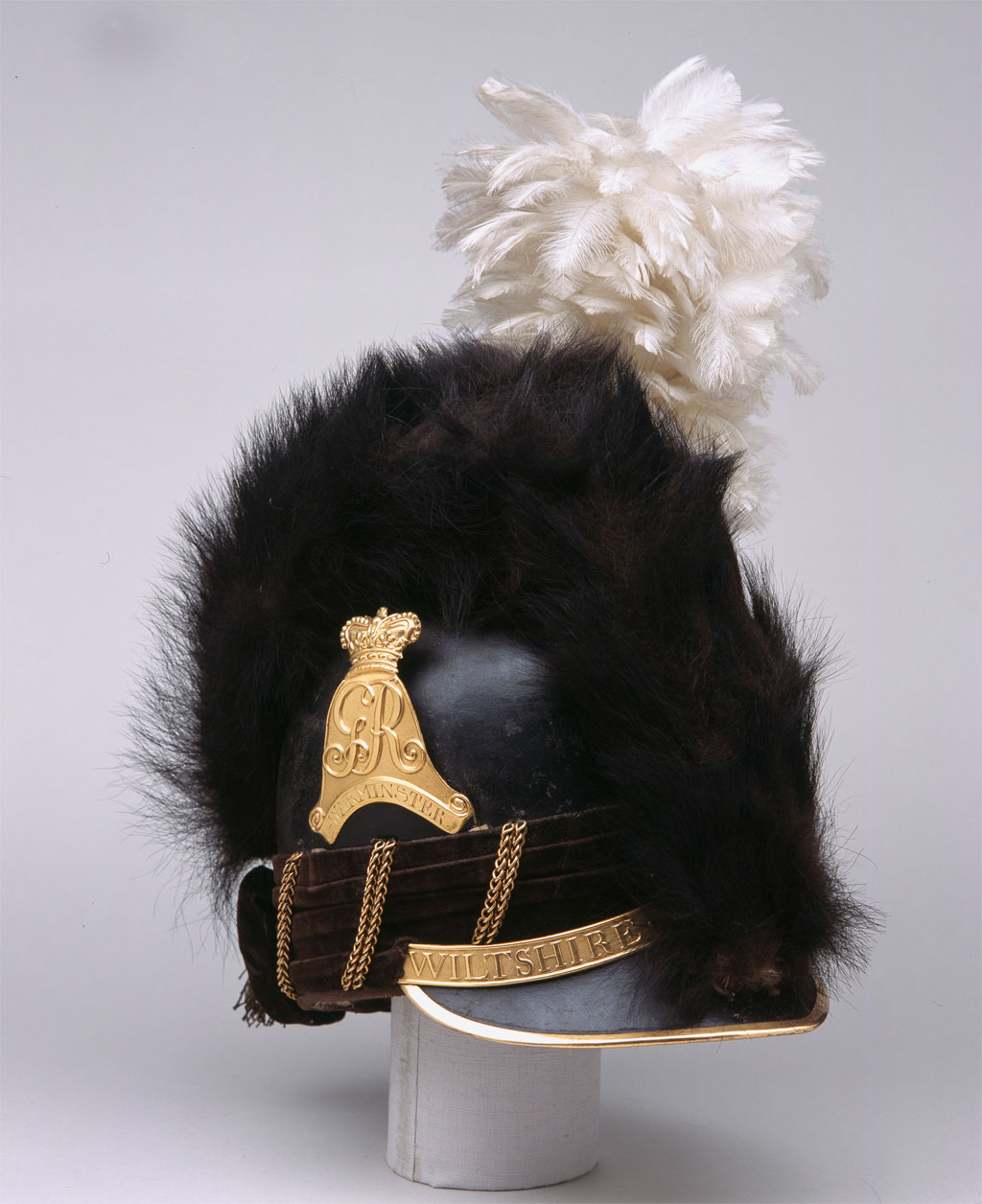