The ''Taransnice'' was a (then) new form of Cannon, by which elevation was made possible and somewhat practical. A seen in The Hussite Wars of the mid-15th Century AD – these ''machines'' were rather small caliber ''cannon'', cast in iron and ranging normally around a ''modern'' .50 Caliber Round (still quite lethal). The Cannon – featured a rear tanget which allowed for The Gunner to lower or increase the aim of the barrel. This iron clip was notched, and thus connected to the Gun, allowed for such actions. The entirety of the Cannon was attached to a wooden boxing (which would evolve into a Cassion). Primitive, but effective – The Tarasnice was an important piece of early Artillery pieces. 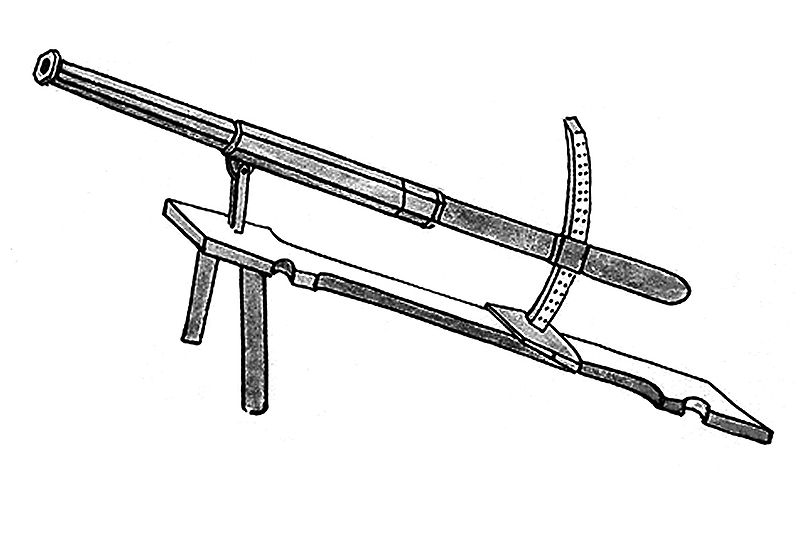