The Tachanka was a Polish civilian Cart conveyance modified for Military use during the early phases of World War I. The style was also adopted by The Ukrainian Army. In short, these once civilian vehicles were used to support a variety of Medium to Heavy Caliber Machine Guns – as a Mobile Platform or ''War Cart''.

Some Models had small iron plates attached to the sides for protection from shrapnel. They were horse drawn (2 to 4) and supported a Gun Crew of (4) – to include Driver. The Hotchkiss, Browning and Maxim were all examples of the type of Machine Guns used.

Many of The Tachanka Units followed Horse Cavalry Units (still in limited use at the beginning of The War by most Combatants). They could provide concentrated firepower for Cavalry Formations. 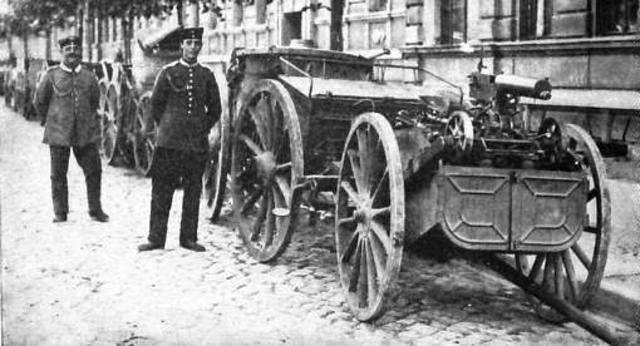