Swords of King Richard I

What is known of this famous Fighting Monarch's swords, is that he probably hand MANY. One that is known would have been his Ceremonial Papal Sword (given as a gift from Rome). This would not have been a fighting blade. It would have been highly embellished and would no doubt feature English symbolism on both it's blade and hilt. His second "known" sword would have been a fighting blade. Part Longsword and part Straight Sword, the blade was probably around 2.5 to 3 feet long. It would have been somewhat plain and unadorned. The exact location of ANY of his blades are unknown and no doubt lost to history. One may been buried with him at Fonterand Abbey -  Anjou, France. 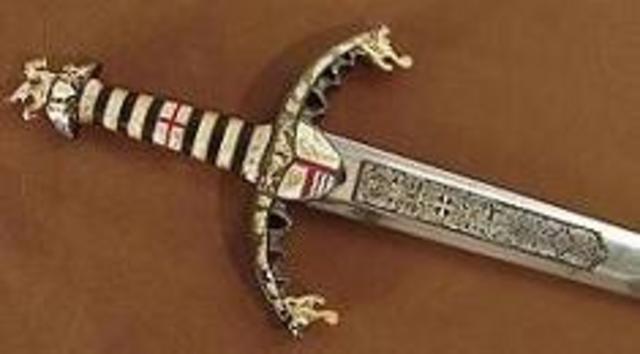