Sword of Osman I

The 13th Century coronation sword of the Sultans of The Ottoman Empire. Named after Osman I (who founded The Empire), installation of a new Sultan was known as girding. Within 2 weeks of being named as Sultan, the sword had to be placed around the waist of the new Sultan. Only a Mevlevi Dervish (fierce desert warriors), could perform the girding ceremony. The blade was an ornate 3 foot gold Straight Sword. It has a dragon headed cross hilt over an unusual non-cushioned hand grip (which in turn was very thin). The weapons scabbard was equally ornate. It was obviously never designed to be used in combat. After the new Sultan's installation, the Sword of Osman was taken back to the Mosque/Tomb of Abu Ansari (a 7th Century companion to the Prophet Mohammed). 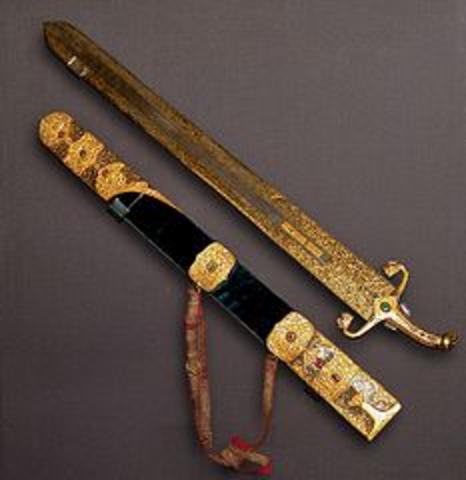