A British Naval Term of the early 19th Century AD – a ''Stone Frigate'' was a Naval Establishment on land (Building or Structure). Since it;s inception, The Royal Navy was given ;''rule and control of The Seas'' – but never to control ''On Land''. In cases were “Headquarters'' for Command Staff were needed on Land, rather than calling them ''Buildings'' – they were referred to as ''Stone Frigates'' (possibly more so out of disdane for the Regulation than anything else). To cement The Tradition (as is seen even today), ''Stone Frigates'' are – as their counterparts at Sea, are likewise named (HMS ''Excellent'' etc.) This was somewhat modified in 1866, when names were needed for actual ''Ships''. 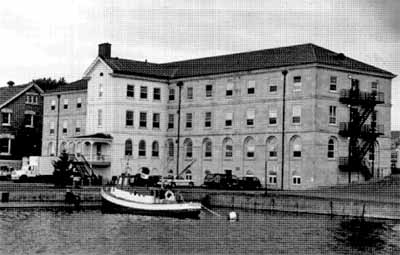