Stockades are in The Palisades Family of defensive structures. A common sight in many European Colonies in the 16th century forward, Stockades are simply multiple Palisades connected together with Defensive or Watchtowers attached. Made of regional wood, often rough hewn from local trees (and placed vertically), the tops were purposely left sharped as a form of anti-personnel defense (against scaling the wall). Design patterns varied (with Country of origin). Often, elaborate walkways and ladder systems were added to allow access sand defense of the Stockade from the inside. Mud was often used to reinforce and support separations in the Stockade wall structure – as a form of not only insulation, but to provide reinforcement of the walls. Although used very much as a Refuge Castle would be (in terms of giving a local population of Colonist's an area of protection from hostile attacks). Some Stockades were built large enough to accommodate whole Villages and Towns (at times). Many New World Towns and Villages started out as Stockade Forts. With the advent of larger settlements (and whole Armies to defend them, Stockades ceased to be used as a form of defense. In stricter military terms, a Stockade is often referred to as a temporary Prison or Jail facility for wayward soldiers. In this design, a Stockade was built along the same lines (although they could also be no bigger than a few rooms put together). 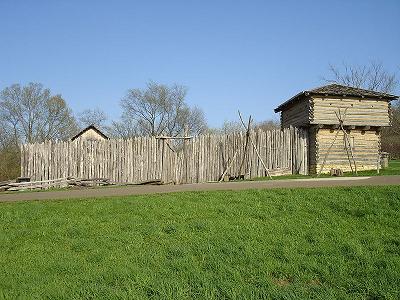