One of the oldest of England's flags, The St. Piran Flag was named after Cornish Abbot St. Piran (6th Century). It is considered one of the first examples of the later St. George's Cross (a mainstay of the present English Standard). The St. Piran Flag featured a all black field with a white cross superimposed over the field (stretching end to end). Documentation shows the flag mentioned as early as 1188 (and was known to have carried in The Crusades). Cornish Forces that fought at Agincourt (1415), were known to have carried the St. Piran Flag into battle. It has also been debated that there is a link to the insignia of The Knights of St. John as well. The flag is still flown today in Cornwall as a Civil Flag. 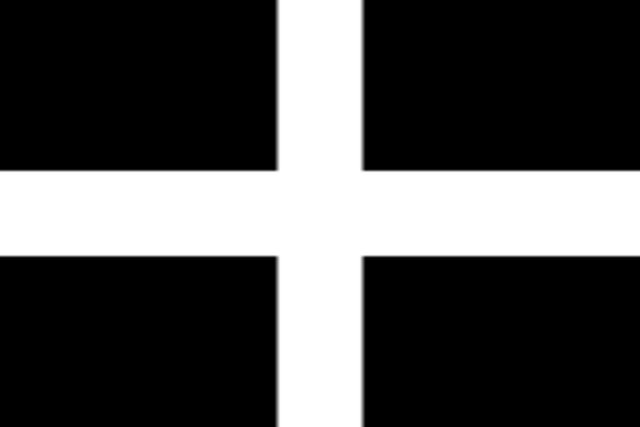