Perhaps one of the most efficient of Canvas Sail Patterns, The “Square Rig” (so named for it's squared shape when unfurled) was Canvas Sail set on wooden Spars and stacked or raised in such a way as to maximize the highest concentration of Airflow or Wind. The Square Rig was the most common pattern developed for multiple Masted Vessels such as The Barque-Class. The Pattern was seen around the 17th Century and used up to the late 19th Century. The triangular pattern offered the largest square yardage needed to propel such large Ships at Sea. Due to their size, many Ropes, Stays and complex Yardarm configurations were needed (and changed constantly), depending on weather conditions. A properly Square Rigged Ship could achieve nearly 40-mph. The Square Rig was quickly adopted by smaller Vessels (in modified form) – as a primary form of Wind Propulsion. It is seldom used today – but can still be found on some larger Sailing Vessels and of course, Museum Ships. 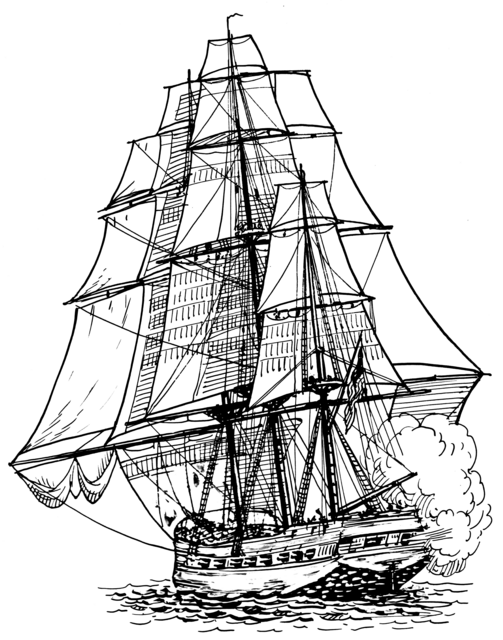