The practice of "Spolia Opima" was one that was practiced by Rome's Military. It is linked to the raking of War Trophies from an Enemy. Unlike later Centuries, when almost anything used by an Enemy was considered a Trophy, this practice was only used by Roman Officers (particularly High Ranking Tribunes and Centurions). Only the Armor and various component pieces were originally sought. These were the Front Breastplate and Backplate - along with The Greaves. Later, Shields and personal Swords were added to the "list" of Spolia Opima.

Often displayed during a victorious Generals Triumphant March through the Streets of Rome, such War Trophies were seen as an example of the Conquerors battlefield "prowess" (even if he did not actually slay the "Owner"). A Common Soldier was normally forbidden from taking Spolia Opima in the field, and could be punished for doing so. However, the practice was largely allowed and overlooked. 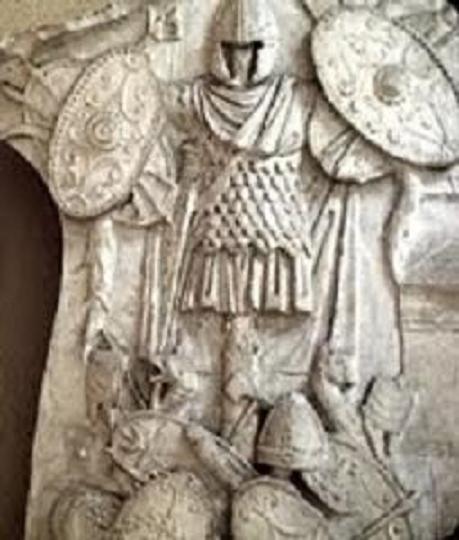