An early combination of the Straight and Long Sword varieties, The Spatha developed during the 1st Century A.D. - with many variations of them leading up to 600 A.D. The blade was around 30 to 40 inches long. Used both in war and in the infamous Gladiatorial Games, they became the favored weapon of the Heavy Roman Infantry units. The Gladius (the standard in Roman warfare), was still used - regulated to Light Roman Infantry. The Spatha became a "front rank weapon". There were two basic types. The infantry version had a sharpened tip, while the cavalry had a more blunted tip (to stop any accidental injuries to the rider or his horse). Spatha's were double-edged. Many think that the Spatha actually developed from the Germanic Auxiliaries and spread into the Roman military system for use (as was very common in Roman). They were the "workhorse" during The Imperial Period. Spatha's are the direct ancestor to the Medieval swords that would develop out of the 10th/11th Centuries throughout Europe. 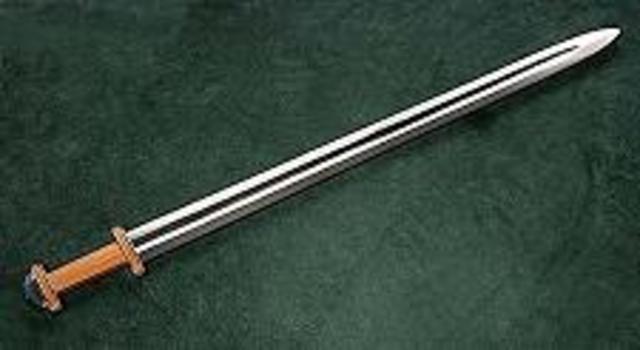