The Spanish ''Treasure Fleet'' was a name given to what The Empire of Spain considered those those detailed to transport Gold, Silver and relative ''treasure'' from mostly The New World – in particular South America. Such Fleets operated between 1566 to 1790. In addition to such valuable goods, these Fleets transported lumber, spices and other resources between Colonies established in The Americas and Spain. The actual Atlantic Trade course between Spain and The Americas, would become the first permanent one of it's kind in History to that date. It would be akin to a ''Super Highway'' of today. Hundreds if not thousands of such Fleets traveled The Atlantic several times a year, continuously.

Slavery (which was still legal within The Empire), would also be added to the very lucrative Route. As such, as as One would expect, the presence of such Fleets were also fodder to Piracy and Privateering. Spain had to maintain Warships (when possible) to escort or otherwise protect The Fleets. Often, in times of War, when such Warships were needed elsewhere, Treasure Ships were armed. Still, they would fall prey to ''Pirate Fleets'' – or as they were known ''Wolves of The Sea''.

Another form of danger was the often unpredictable nature of The Atlantic Storm Systems that are a common fixture, especially in Summer months. These storms were often destructive to The Fleets, with many being lost to The Deeps – treasures included. As such, Insurance rates would often double causing a much higher rate for non-treasure items to be transported to The Colonies (who often relied greatly on such goods for their very survival). It is estimated that in total, some $4 Billion (USD) worth of Gold and Silver was transported from The America's to Spain in the 300 years The Fleets operated. 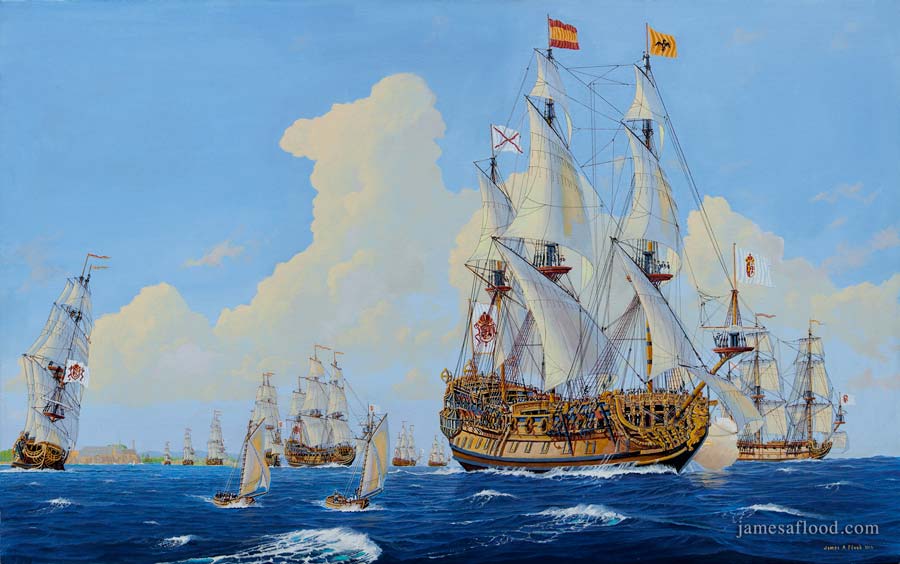