The Astra 400 was a Spanish produced, 9mm Handgun used heavily during The Spanish Civil War and later World War II. The Model was first marketed in 1921 as a viable Spanish made version of Colt's Model 1911 .45 Caliber (but chambered for the more popular and plentiful 9mm round). Weighing 2.5-lbs. - over 100,000 Production Models were made. Firing (8) Rounds, The Astra and it's variants – were also copied and used by German Naval and Luftwaffe Officers and Pilots during World War II. Models are still in existence today (private Ownership). 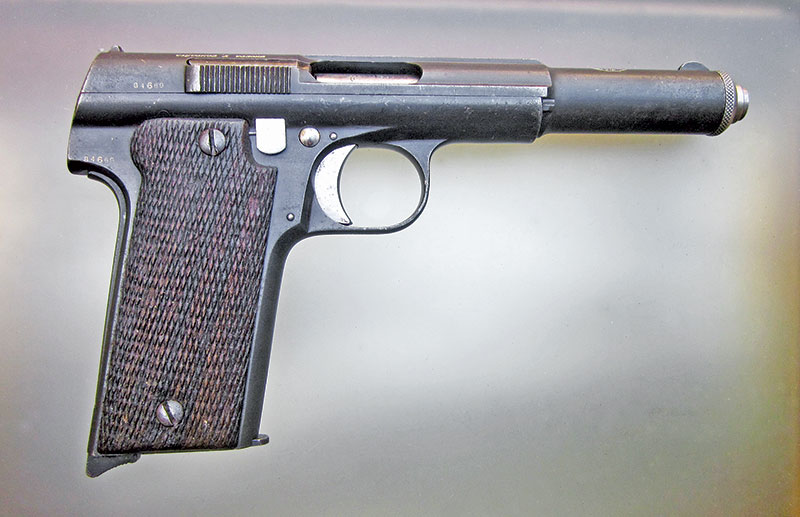