Begun in the 1930s, The Soviet RS-82 was an unguided Rocket that was first designed for launch from a Rail Launch System (similar to The Kaytuska) ans was later adapted into certain Soviet Fighter Aircraft during World War II. These were ''line of sight'' Rockets which required “snap'' or ''dive'' Bomb tactics to deploy. Each RS-82 was roughly 24-inches in length and weighed 15-pounds. Each was provided with stabilization wings which aided in free flight, and were 8-inches. Using High Explosive, each RS-82 could produce a 24-foot fragmentation radius. They were solid fueled rocket propulsed devices. Regardless of Launch Platform, a standard deployment was around 24-Rockets. Also known as ''Artillery Rockets'', one innovative measure was that The RS-82 used smokeless powder. 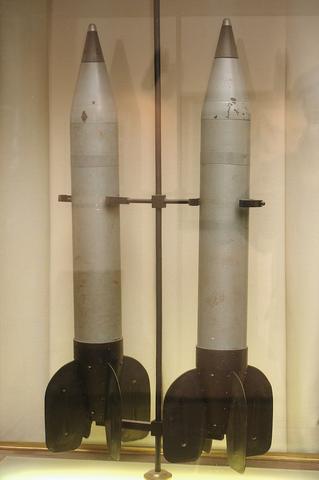