The Ruchnov Protivotankovy Granatomyot Model 7 Anti-Tank Grenade Launcher  (aka RPG 7), is a hand-held, over the shoulder, fired weapon. Operated by a single Soldier, it allowed for large numbers of Infantry Forces to be able to effectively engage and destroy Enemy Armor. The Model 7 was based on the prototype Model 2, designed in 1949. The refined version would be fielded in 1961.  A simple and superior weapon, it us estimated that over 9 Million were manufactured. Various Models were produced by Soviet Block Countries and China, throughout the late 1950s and 60s. The RPG weighs 1.5-pounds and us 40-inches In length. Using a 40mm Conical Grenade, it’s Rocket propelled explosive had a range between 200 and 500-yards. The fuse detonation after firing was rated at 4.5 seconds. Used extensively by NVA and VC Soldiers in The Vietnam War, The RPG 7 was greatly feared by US Forces. Easy to load and repair, it could not only engage Armor (up to 5-inches), but was very effective against Rotary Aircraft and moderate defensive fortifications. An average Soldier could carry up to 5 Rockets. The RPG Variants is still on production today. 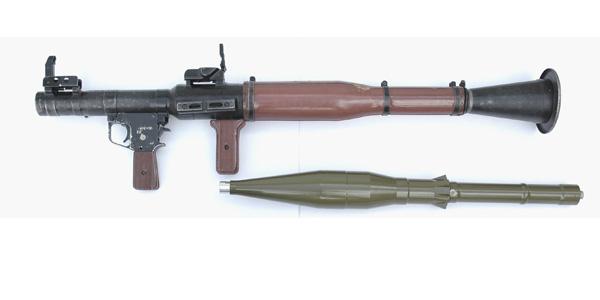