The ''Moskva''-Class was a Helicopter Carrier Warship used by The Soviet Navy (and briefly Russian Navy), during the later phases of The Cold War. They were the first such Carrier Vessels deployed by The Soviet Navy. They were originally deployed in 1965, only (2) of The Class were produced for The Soviet Navy. The primary Mission of The ''Moskva''-Class was to support Helicopters assigned to anti-Submarine Missions. They were part of The Black Sea Fleet for the entirety of their Service (Retired in 1991) The Class displaced 17,000-tons. They measured 650-feet in length with a Beam of 115-feet. Power was provided by Twin Steam Turbines, supported by (4) Fire Pressure Boilers. These could produce 100,000-KW. Speed was rated at 22-mph. 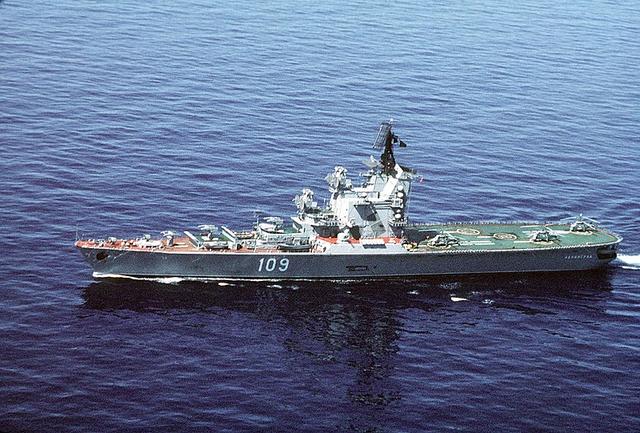