A manually loaded, far range Artillery piece, The Soviet Russia made Model 46 130mm Artillery Gun, was once considered one of the finest Artillery pieces made in the 20th Century. It was also one of the farthest ranged “Light” Guns fielded.Weighing 7-tons, it required a separate vehicle system to move. The Model 46 had a 2-foot long tube. Crewed by 8, it could disperse a Shell at a maximum range of 25-miles (it’s minimum ranges was 17-miles). The Model 46 used a hydropneumatic recoil system was capable of a 45-degree elevation other a 59-degree traversing range. A well trained Crew could fire 8-pounds per minute.Designed in 1954, The Model 46 was widely exported to Communist Bloc Countries and Allies. It would become a mainstay weapon  (along with Surface to Air Missiles), in the defense of The North Vietnamese Capital of Hanoi. Copies of The Model 46 were produced in China, with some still being deployed currently by North Korea. 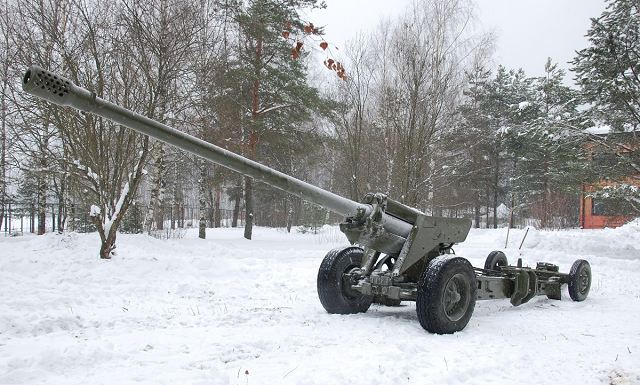