The Soviet made Makatov 9mm Pistol was first produced in 1951, and would become the standard issue firearm for Soviet Military Officers of all branches, as well as the primary issue to The State Police Agencies. The very reliable and easy to repair Makarov is still found in active use throughout The World. The Makarov replaced both The Nagant and short lived Tokorev TT-33 handguns (previously discussed). Weighing just 26-onces, The Makarov was a blowback, gas-operated handgun, often compared to Colt's .380 Automatic. It has a 50-meter effective range, being much more accurate at ranges of 25 to 40-feet. Steel fixed ammunition clips hold 10 to 12 9mm rounds. Still in use by many former WARSAW Pact Nations, The Makarov is easy to repair, with replacement parts being quite plentiful. They are considered an excellent ''backup'' or secondary weapon by many European Police Agencies. 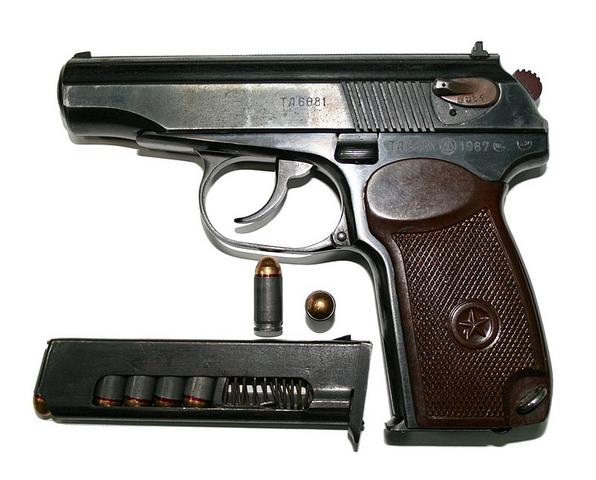