Developed in 1982, The Ka-50 ''Black Shark'' was a late Cold War Era Attack Helicopter used by The Soviet Army. It was not deployed until 1995 due to continued refinements. The ''Black Shark'' is seen as being The World's first such Helicopter with ejection seats. (7) variations were designed, and The Ka-50 is still in Russian Inventory. Crewed by (1), The Ka-50 is 53-feet long and uses a Tandem or Multi-Rotor System (positioned on top of each other with a 6-foot gap). The radius of both blades are 50-feet. Powered by (2) Kilmov Turboshafts, capable of airspeeds of 196-mph. With an operational ceiling of 18,000-feet, the Mission range for The ''Black Shark'' is 700-miles. Armament includes (1) 30mm Machine Gun and the ability to support a wide variety of Rockets and Missiles. 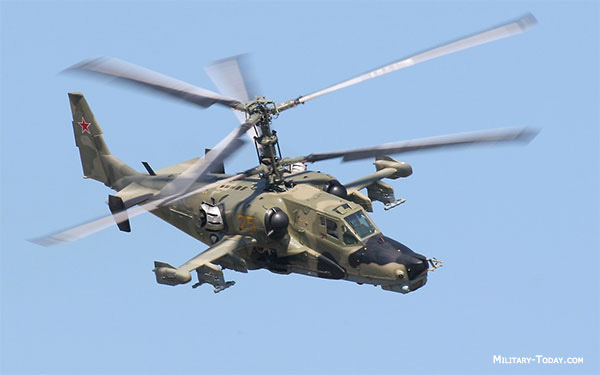