With only (9) built, The BI-1 Interceptor was The Soviet Union's first attempt at developing a ''jet fighter/interceptor'' during World War II. Inspired by various German made ''Rocket Fighters'', The BI-1 first flew in 1942. Although not a ''true'' Jet, it's applied technology earned it's placement into early rocket aircraft history. Powered by a single Duskin 1100 Liquid Rocket Motor, The BI- could achieve airspeeds of 500-mph. It's thrust was rated at slightly over 2,000-lbs. The BI-1 had an operational ceiling of 25,000 feet. The single seater Fighter was armed with Twin 20mm Nose Cannons. No plans for Ordnance (Bombs) were envisioned, but The BI-1 could have been configured with up to 250-lbs if needed. Although deployed against The Germans, no known sorties were recorded between The BI-1 and any German Fighters. The ''Fleet'' maintained, after 1945, most were scrapped in lieu of more advanced designs of traditional Jet Fighters. 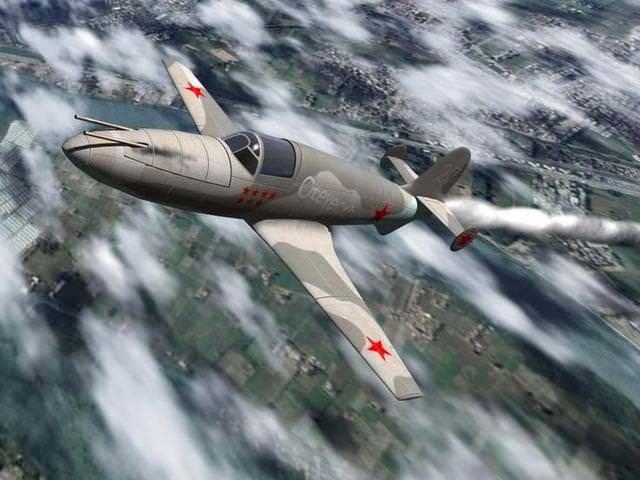