The ''Admiral Kuznetsov'' was assigned to The Soviet Northern Fleet on Her first deployment. Having traveled throughout The World operationally. After the Fall of Soviet Communism, The ''Admiral Kuznetsov'' fell under control of The Russian Federation (of which She is currently operated by). Her last posting was in support of The Syrian Government during their Civil War (2016).

Propulsion is provided by conventional (4) Steam Turbines to support (8) Turbo Pressurized Boilers. A ''4-Shafter'', The Diesel Fueled Warship can produce 50,000-HP. The ''Admiral Kuznetsov'' can achieve 33-mph at full speed.

Capable of Crewing over 1,600 Officers and Men, ''Admiral Kuznetsov'' can support over 3,000 if needed. She has an operational range of over 8,000-miles and can remain at Sea for 45-days at a Patrol Period. She has been refitted several times in Her career.

Armament included are (14) 30mm AA Guns with deployment packages for (100) different Ship to Ship and Ship to Air Rockets and Missiles. 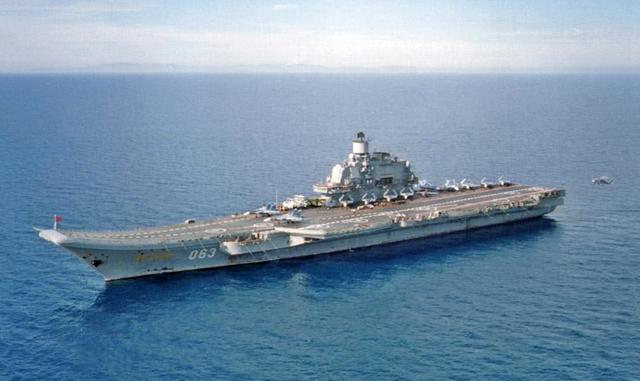