The K-13 ''Vympel'' was the Soviet Union's ''answer'' to The US AIM-9 ''Sidewinder'' Air to Air Missile System. Developed in 1961, The K-13 was actually a ''reverse engineered'' Missile (taken from captured AIM-9 Components). A short ranged Munition, The K-13 measured 10-feet with a diameter of 5-inches. It was stabilized by a series of multiple placement wings measuring 24-inches each. It supported a 16-pound Warhead (Fragmentation). Using infrared homing mechanisms, The K-13 was powered by a multi-staged Rocket Engine. The ''Vympel'' was capable of achieving an airspeed of Mach 2.5. Fitted to several MIG Series Fighters, The K-13 was also exported to many Bloc Nations and Communist Support Countries. Although replaced by more advanced Missiles in the 1990s, many variants of The K-13 (and it's copies) are still in use. 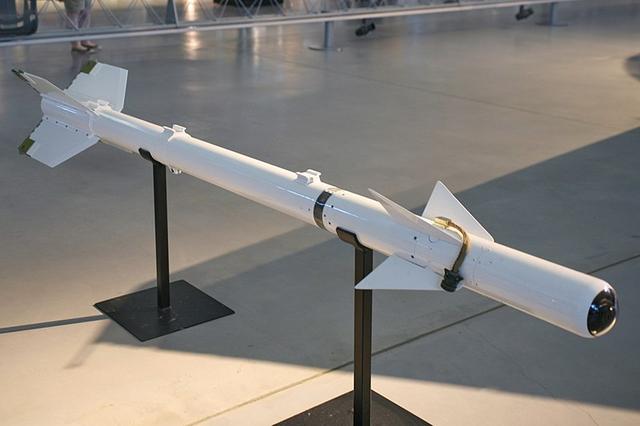