The South African Atlas ''Cheetah'' was a late Cold War Era Fighter Jet, used originally and exclusively by The South African Air Force. Deployed in 1986, the long serving Fighter was eventually retired in 2007. Used as a Reconnaissance/Interceptor/Fighter, The ''Cheetah'' was once the primary Fighter of South Africa. After being removed from service and replaced with French built Fighters, the vast majority of ''Cheetah'' Fighters were sold to foreign nations. Currently, several are still inventoried to Ecuador's Air Force with several more being converted into ''Adversarial Fighters'' to be used by The US Military in training. Flown by (1), The ''Cheetah'' was 50-feet long with a fixed wingspan of 30-feet. Power was provided by a Single Snecma Atar Turbojet, which produced 11,600-IBF of Thrust. Airspeed was rated to 1,400-mph, with an operational ceiling of 56,000-feet. Primary armament was (2) 30mm Cannon with the ability to support 8,000-lbs of Ordnance and a variety of Missile and Rocket Packages. 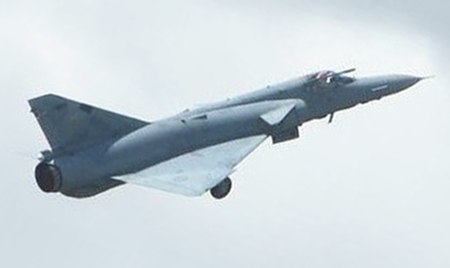