Also called "The Acorn Hat", this was a common wool Hat worn by Commoner and some Middle Class Men in the 14th thru early 15th Centuries. Seen in use in most European Nations, The Sock Hat was especially popular in parts of Spain, Portugal and Italy. Hand sewn to become a solid piece, it wad comparable to a modern Ski or Watch Cap. Two styles were known to exist. A shorter version, which fit the head more snug and a longer version with an extended Crown. The general appearance of the Hat resembled a simple sock garment (hence the name). Colors varied depending on the various religious laws that might be on place on the Region of wear. The additional name of "Acorn Hat" (English), derived from the final sewing and binding of excess material on the Crown of the "short version", which resembled the stock at the top of an Acorn Nut. The Hat became somewhat synonymous with Court Servants, Pages and the like. 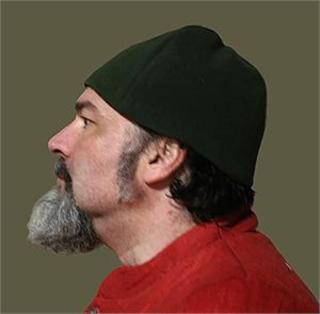