SMS "Koning" was assigned to The 3rd Battle Squadron at the start of World War I. She was instrumental at The Battle of Jutland  (1916). She spent the remainder of her service as a "Picket Ship" against Allied Coastal Naval attacks against The German Mainland.  "Koning" also participated in a raid against England in 1916. She took heavy damage in the engagement from British aircraft. She was however, one of the few German vessels to actually shell Britain in The War. SMS "Konig" would be placed on reserve status after The War, until she was scrapped in 1922, a once proud member of The Dreadnought Family of Warships. 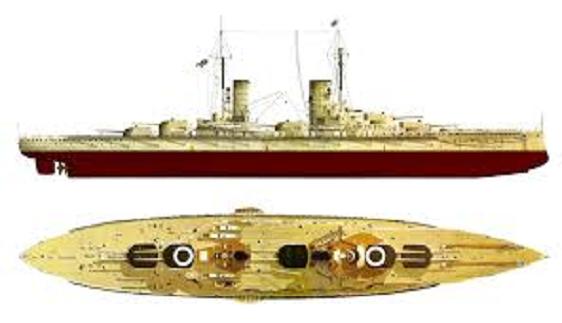