Sir Francis Verney (most often referred to as a “Privateer”) was born in 1584 in England to a Titled Family. Privateer, soldier, Explorer – Verney led an exciting life. In his vocation as a “Pirate”, he operated a small Fleet off The Barbary Coast of Africa. Captured by a Turkish Fleet, he was given the choice of death or conversion (to Islam) – which he did. This caused much controversy in England, and it is speculated that it may have cause his Family to “disown” him. He was rescued by a Jesuit Priest after spending 2 years as a “Galley Slave” on the Oars. He cause much damage to Turkish and Moroccan Shipping during his short career as a Pirate. It was estimated that he claimed over $200,000 (USD) in revenue for himself – alone! Stated that he reconverted back to Catholicism, there is really no proof that he did. He died in 1614. All his possessions were sent back to England and were reflective of his “Islamic” lifestyle. 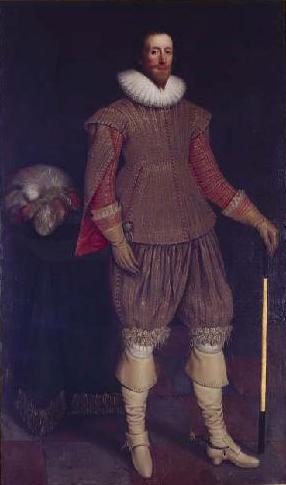