Developed by the Ancient Illyrians around the 5th Century B.C. - The Sica Sword was similar to The Xiphos blade. Roughly 16 to 18 inches long, The middle of this bronze sword's blade was broader and reinforced for improved strike and lessening of impact vibration. They had a curve and were single-edged. Noted for their sharp point (which was beveled at the tip). The Sica was two pieces (handle and blade) which were riveted together. The Sica featured no hand Crossbar for protection. They also had a large pommel/rondel designed to be used as a striking weapon. There were possible a cavalry versions and a dagger version as well. 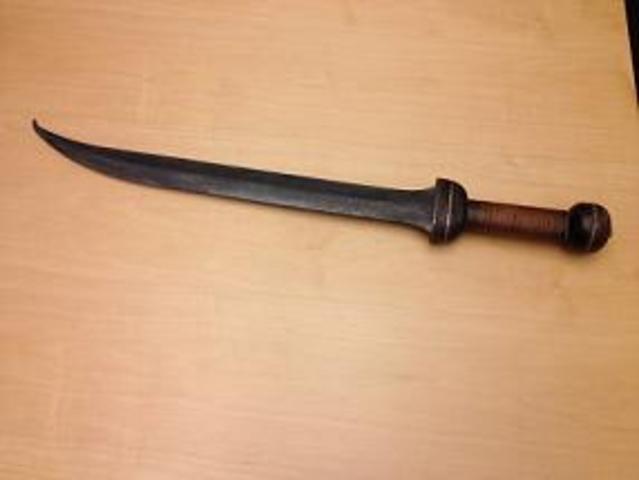