Established in 1688 by The King of Siam, The Krom Klone were a detachment of all-Female Bodyguards. Their function was to protect the person of The King (His Family) – and the overall security of The Palace. Prior to them, The King of Siam employed Mercenaries for His protection (even supposedly hiring Japanese Samurai at one point). While the use of Women in such a position was frowned upon by other Rulers, The Krom Klone was widely accepted and respected in Siam.

These were highly trained, well paid and very motivated women. They did not have to be of Noble birth, but they had to be Siamese and by requisite – very strong and very beautiful. Recruitment age was between 13 and 25 only. All women had to take an Oath of Chasity unless ''selected'' as possible wife for The King (who was allowed to have MANY). The Krom Klone wore White and Blue uniforms with Golden Breastplate and Chain Mail (but these would be abandoned in the 19th Century). They were adept with The Lance and Sword (but later were issued Muskets). The Klone was disbanded in the late 19th Century as their recruitment numbers dwindled. 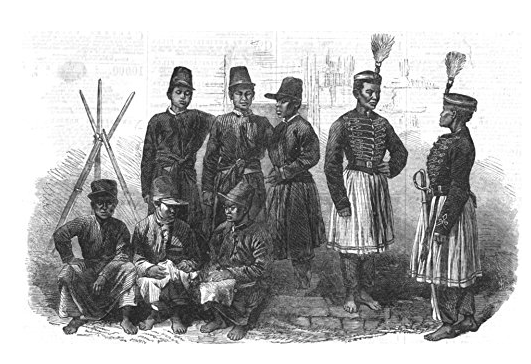