A ''Serekh'' was a form of Ancient Egyptian Heraldry, which was only used by Pharaohs or selected members of their Family. These were often carved into Thrones and later onto Monuments and Tombs. They were most commonly squared and featured some imagery relating to the Reign of The King or Queen. This was placed at the very bottom of The Serekh. The upper portion was left blank (or open), into which could be placed the name of The Ruler or family member. The most important feature of The Serekh, was that the top portion always featured a carving of The Hawk (in profile) – which was associated with the God Horus. Some of the first forms of Serekh date to 2,200 BC. 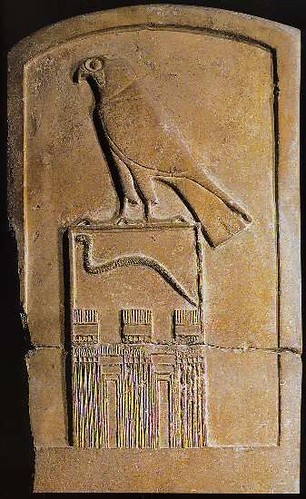