The term ''Sea Dogs'' was a 16th/17th Elizabethan identifier for a type of Pirate turned Privateer – in direct service to a Monarchy. These positions were created in time of War. England at the time had no substantial Naval presence. Both Spain and France had intentions of re-establishing a ''Catholic'' status on a ''Protestant'' England (made so by Queen Elizabeth's Father – King Henry VIII). Elizabeth gave Letters of Marques and Pardons to these Pirates if they attacked Spanish and French Shipping. A percentage was expected (but often seldom seen).most often, England wanted the captured ships.

Relating to their Home ''The Sea'' and their often ''dogged'' approach to their Mission, many of The Sea Dogs were also given Title. These were for both their daring on The Sea and the land (by virtue of attacking much of The Spanish holdings in The Caribbean and South America.

Although some took the Pardons offered (which would have given them a ''clean start'' after hostilities ended, many found that they made more money as Pirates and often reverted back to their ''outlaw'' ways (Henry Morgan and William Kidd being two of the most well known). 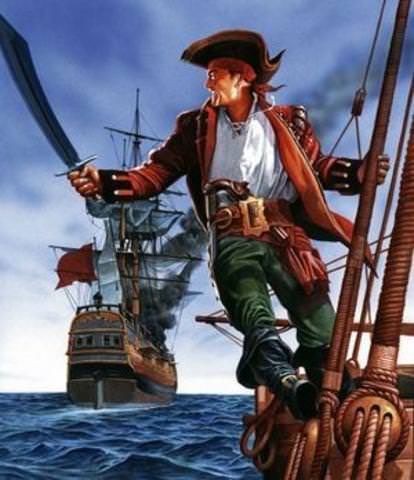