Dating to the 5th Century AD and a common form of coinage in England until the 11th Century, The Sceat was a thick, Silver coin. The coin was also popular in several Germanic Regions for a Period. The term ''Sceat'' is translated from The Anglo-Saxon word ''Wealth'' as well as Coin''. Weighing roughly 1.3 grams, The Sceat were hand minted coinage, which were – as stated more ''bulkier'' than traditional coins of The Period. Used for all debts, the overall thickness and gathered weight of such coins led to The Sceat not being produced long past the 11th Century AD. 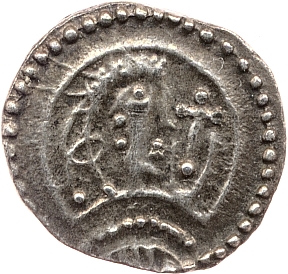