Built in 1791, Santa Cruz Mission is located on the outskirts of Santa Cruz, California. In very hostile Native American Territory, the first original wooden structures were burned down in 1793 by Indian attack. Eventually converting some, several of the Missions Priests were later murdered (1812), when another Indian Revolt lead to their deaths. Much of the original structures were destroyed in the 1857 Tejon Earthquake. Most of what is seen today is from an 1888 renovation project. Santa Cruz Mission was also attacked by the Argentinian Pirate Bouchard in 1818 (when he raided many Missions within the region). The Mission was returned to the Church in the 1860's (by Presidential Proclamation). It is still a functioning Parish within The Catholic Church. 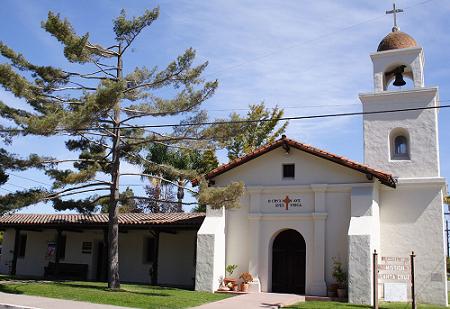