The concept of ''Sanctuary'', was an ancient practice which involved seeking refuge from prosecution inside a Church or designated religious location. In the 4th thru 17th Century AD, England codified such activity as legal. The Church, as a ''House of God'' was tasked to not ''judge'' and offender. Rarely did God condone violence or death as punishment. A Religious was supposed (by their vows), to give food and shelter to those seeking ''Sanctuary'' and protect them from legal seizure. As one can image, this created an open rift between legal (Royal) Authority and The Church. Should a Monarch chose to violate the premise of Sanctuary and seize an offender, it was often at the peril of having Excommunication invoked (eg Thomas Becket's actions against a Lord who was killed by a Religious and sought sanctuary from Civil Justice and wished to be judged by The Pope in Rome). Traditionally, a Religious in such a situation would try to convince the offender to ''turn themselves in'' to avoid such Royal interventions. Often, especially during the 15th Century, ''sanctuary'' was used more as a means of ''political influence'' than ''redemption'' and ''unfair or cruel treatment''.Self surrender to Civil authority rarely worked due the the harsh punishments during Medieval Times. The practice is still accepted within The Church. 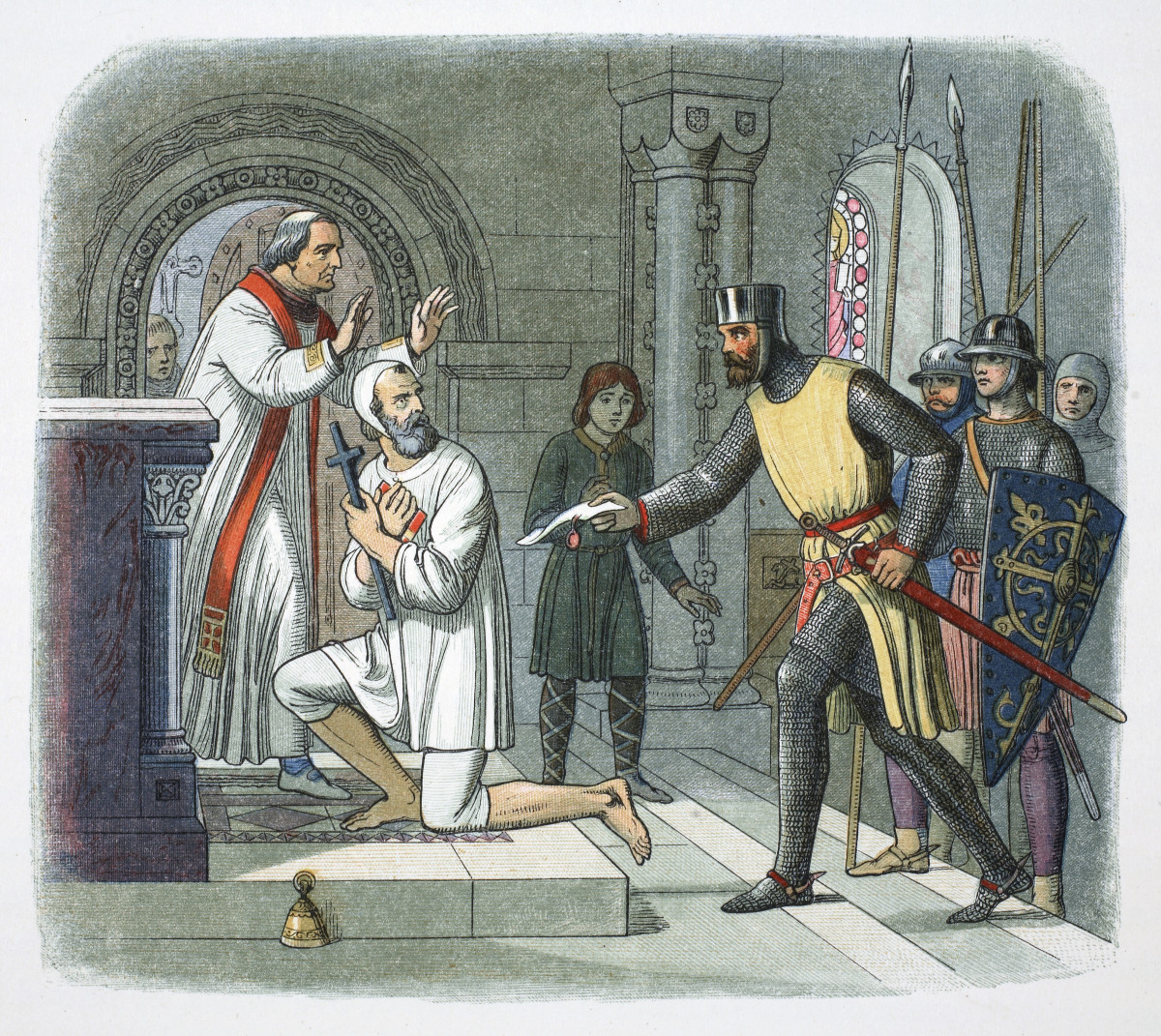