With only his ''Career'' to base on his existence, Samuel Axe was a 17th Century English Privateer who ''switched sides'' several times during his Privateering career. He was commissioned as an English Privateer during The Dutch War of Independence, so he he may have owned his own Merchant Ship. He took much prizes according to records and was somewhat well known as a result.

In 1629 Axe joined The Providence Island Company and assisted with the construction of several Caribbean strongholds. He was said to have gotten into an argument over the ownership of several Slave Ships (of which The Company did not support his claim. This no doubt did not ''set right'' with Axe.

In 1635, Axe (still under contract to The Providence Company), accepted a Marque with The Dutch and began to prey on English Shipping. Never associated with any attacks, he was able to ''play'' both sides, amassing quite a fortune in loot and vessels.

When Spain captured Providence in 1641 and his Marque ended, he escaped capture and fled to St. Kitts. He was known to be active until 1645, working with Captain William Jackson and may have participated in the recapture of Jamaica. Axe may have possibly been killed in action - by either The Spanish or a Pirate Hunter, as his existence seems to end in 1645. 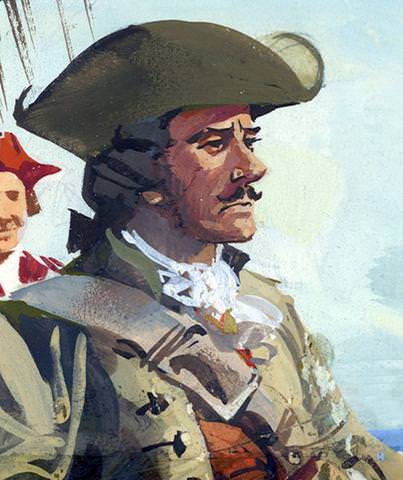