The ''Salii'' were a Class of Ancient Roman Religious Leaders who were known as ''Leaping'' or ''Hopping'' Priests. Their seasonal Procession through the Streets of Rome, was necessary to (as it was said) – for ''Protection'' of The Roman Army. The Salii were notably young Men (physically fit) – who dressed as Soldiers, carrying various weapons. They performed a series of ritualistic dances and movements mean to invoke ''Divine Protection'' (from Mars, God of War). The Cult can be traced back to The Roman Kingdom Period (7th Century BC). However, in later Eras – The Processions were seen as outdated and archaic by some. 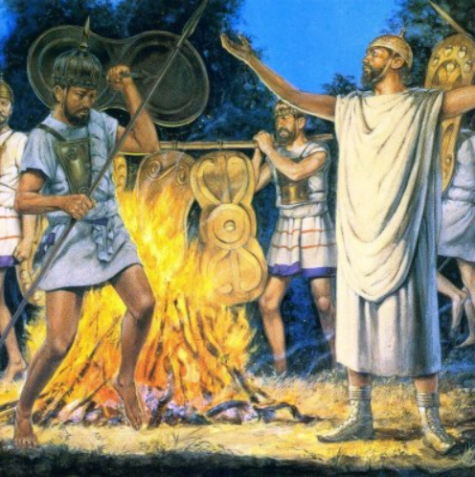