The Russian Vezdelhod was an early Imperial Russian Tank, self-designed and generated by Russia around the beginning of World War I. Ambitious in design, The Vezdekhod envisioned then State-of-The Art technology. At the time, no effective Armor had be designed for possible battlefield use,and it only after Western versions were ''seen'' was a massive push to get The Russian Model produced. Poor development of a prototype killed The Vezdekhod even before it could be built, The Russian went with established and ''proven'' versions. Although much of the designs were lost to The Russian Revolution of 1917, a possible photograph of a Vezdekhod and extrapolated information give the Tank a 10-foot length with a height (track) of 12-feet. A raised tractor tracked system accommodated (1) Driver, who was also responsible for operating The ''Main Gun'' (which was a Machine Gun). The Engine was under powered at 10-HP (2 Cylinder). Speed was rated at 23-mph. Armor was speculated to be 1-inch thick throughout. 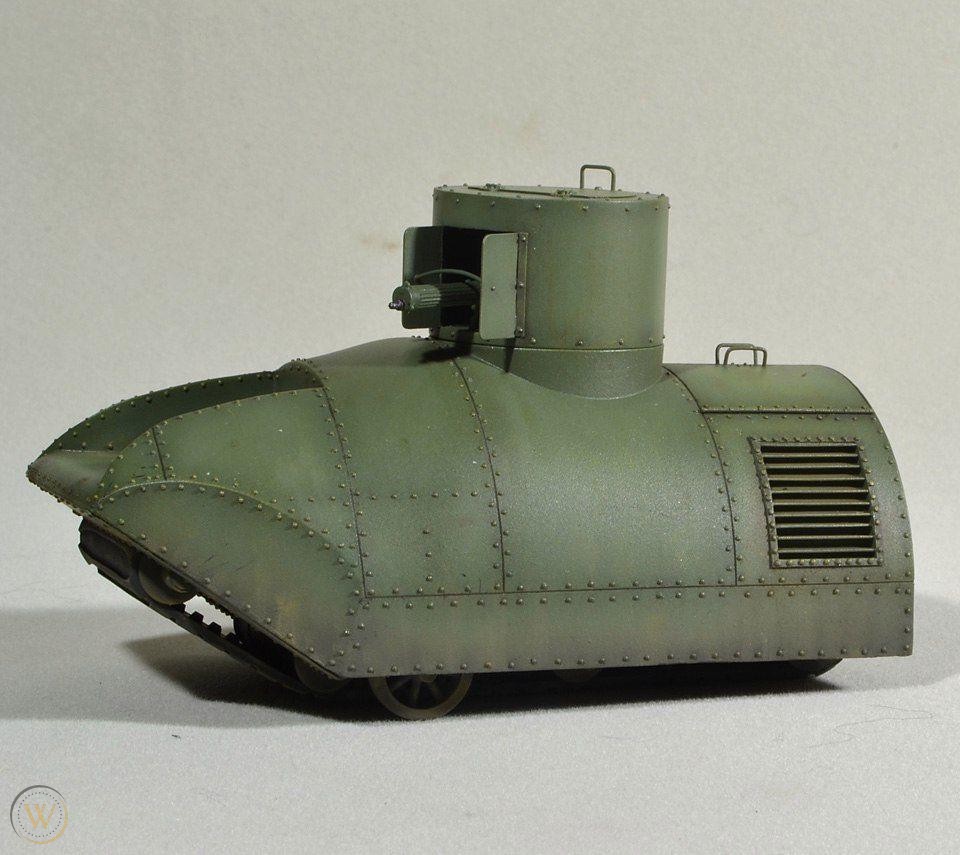