First developed in response to Russia's involvement in World War I, The Tsar Tank was unusual and innovative. It incorporated none of the traditional Armored Vehicle building designs of the day. Documentation differs regarding if the Tank was ever actually deployed (it was certainly tested). The Tsar Tank did not use treads, but rather 2 large spoked wheels (27 feet in radius). A central compartment was mounted on a type of connecting bar. From this location, 2 crewmen could drive the vehicle, and fire either a Cannon or Machine Gun.

The entirety of the Tank was stabilized by a long drive bar that ended with several smaller wheels at the end. To to it's “off height” (an angled 25 feet). The Tsar Tank was prone to get ensnared or stuck in mud. The engine power was not always capable of pulling out the Tank. Trials were suspended and the Tsar was never mass produced. The Tsar was known to last until 1923 until it was scrapped. There are several replicas that have been commissioned by Museums (based on documentation and photos). 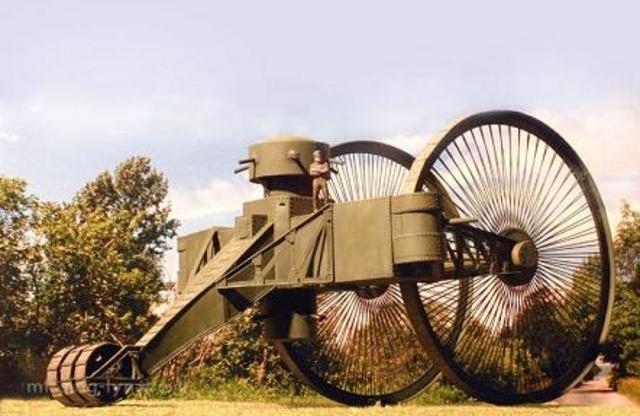