The Russian Sukhoi Su-57 Multi-Purpose Fighter was first flown in 2010. It is a ''stealth technology'' Fighter which is considered a primary Fighter of The Russian Air Forces and will be for the next 30 years. The Su-57 is designed for not only Air Combat and limited Bomber capabilities, but as a Ground Support Platform. (5) Variants were produced. Code named ''Felon'' by NATO Forces, it is 65-feet in length and a fixed wing at 44-feet. Powered by Twin Saturn AL-41 Turbofans which produce 33,100-IBF of Thrust, rated airspeed is at Mach 2 or 2,400-mph. Ranged at 2,200-miles, The ''Felon'' has a 66,000-ft operational ceiling. Crewed by (1), The Su-57 supports the latest in Avionics. Armament supported is (1) 30mm Cannon and a wide variety of Surface, Ground and Air to Air Missile and Rocket Support Platforms. The Su-57 is Nuclear rated for Tactical Deployment. 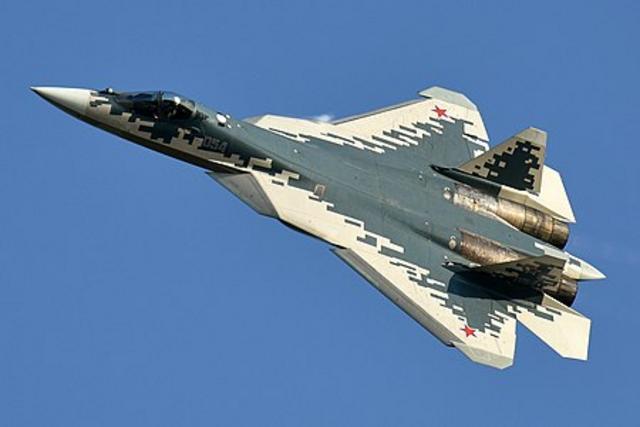