A currently deployed Russian Short Range Ballistic Missile System, The Iskander 9K720 is a highly mobile launching system. The 9K720 can deploy with conventional and nuclear warheads, as well as EMP only Devices. The Model has a variant which can support several Cruise Missile forms. First deployed in 2006, The Iskander is a self contained Device mounted onto a wheeled vehicle platform. The total weight of the combined System is 8,000-lbs. With the actual Missile close to 1,100-lbs. Solid fueled, the average range is 30-miles The System has been deployed in several Middle Eastern Conflicts and is seen by NATO as being highly effective. 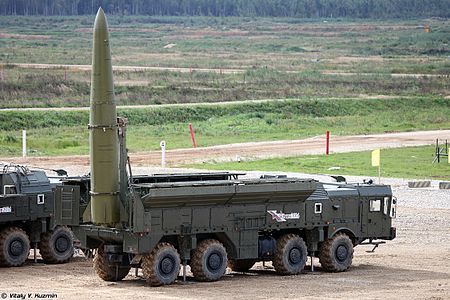