With origins in the 13th Century (beginning in Germany), The “Routiers” were “Free Companies” of Soldiers who were forced to “live off The Land” to survive “between Wars”. Although later evolving into paid Mercenaries, they would often “hire out” their Services to small Towns with “Banditry” problems for “food and Quartering”. These Soldiers had much experience in the many small “Conflicts” that developed in Central Europe. The term “Routiers” meant “Band”.

England made good use of hiring Routiers due to it being both “cheaper” that supporting a “Standing Army”, and England suffering many casualties to Recruits as a result of The “Black Death” (Plague). With the start of The Hundred Year War, Routiers were seen as a type of Mercenary – that looted and ransacked Enemy Villages and Towns for their “pay”. Although of German origins, many French referred to The Routiers as “Englishmen” (due to it was that Country that had hired and supported them).

Scare records still indicate that at their height, The Routiers strength was roughly 3,000 under pay of The English Monarchy (1363). When The Routiers became more Mercenary in their hiring practice (as “Professional Soldiers”), they often hired Thieves and Brigands to serve as “Pillagers” (taking the role that The Routiers had once occupied). Later in the 15th Century, many Routiers had moved to the countless “Noble Wars” of Italy. 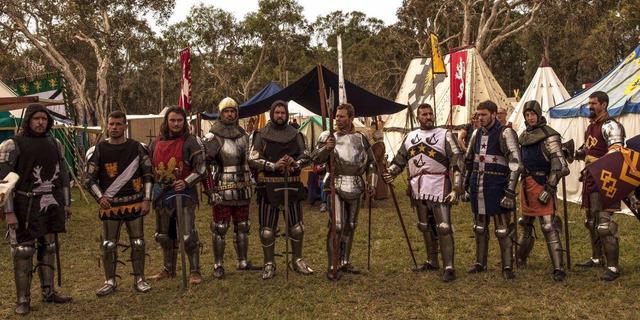