The ''Lancieri'' was a Romanian paramilitary Force of The National Christian Defense League. The League, although Fascist by declaration, espoused a hard Leftist Christian view as well. They were the polar opposite of the more hard line ''Iron Guard''. The two organizations were constantly involved in political street ''battles'' in the late 1920s to mid-1930s. The Lancieri were devoutly against The Jewish population in Romania and frequently attacked them. They also attacked Universities that supported Jewish students. The Lancieri (formed in 1927) based their uniforms and equipage on the traditional Lancer and Hussar pattern (hence their name). The Lancieri, much like The Iron Guard – were dissolved and banned in 1935, when a more hard line and total Fascist philosophy was adopted by The Romanian Government (attempting to garner support from a National Socialist Germany). 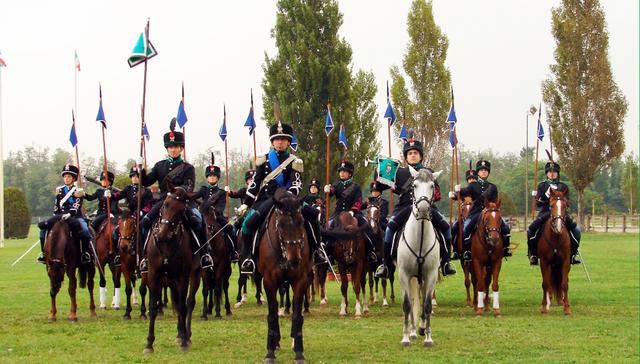